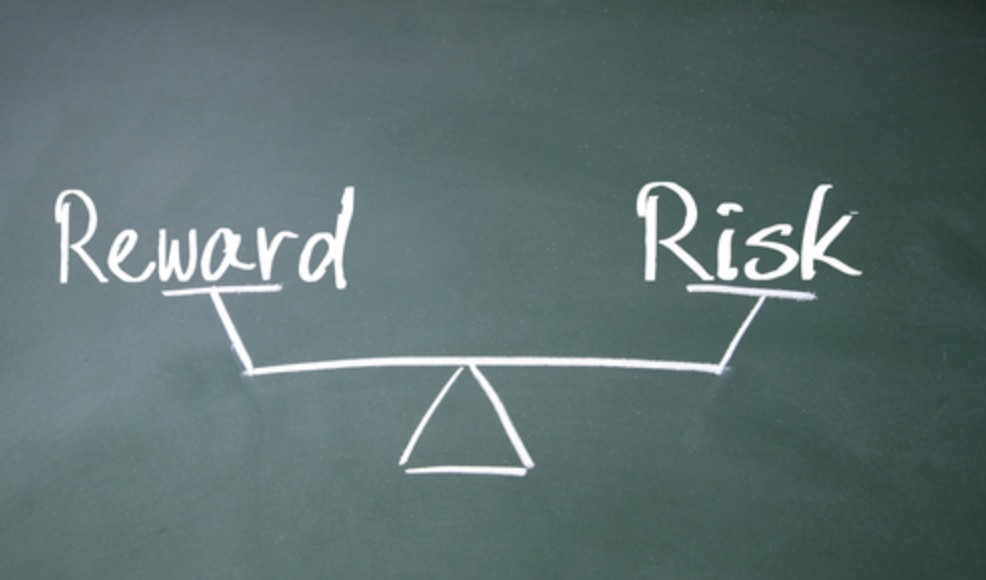 If you wanted to make a lot of money, you’d accept the need to make high-risk high-reward business decisions, like founding a company or investing in stocks, right?

Ok, what about for charitable donations? If you wanted to do a lot of good, would you donate to charities that might not have any impact, but could have a large impact?

Many people are willing to take on large risks in business, yet almost no one donates to charity in this manner. Basic scientific research gets very little in donations despite an impressive history of results. And even when people do donate, the possibly crazy yet potentially groundbreaking research – like cold fusion or curing aging – is usually left out.

The most likely people to make risky donations are effective altruists – people who pride themselves on being both rational and philanthropic in an effort to do the most good for the most people. Yet even these “warm and calculated” effective altruists tend to favor safer charities like the Against Malaria Foundation – which can pretty reliably save one life for around $3,000 – over riskier bets like the Machine Intelligence Research Institute (MIRI) – which is working to ensure human level artificial intelligence doesn’t lead to human extinction.

Well, of course people shy away from riskier bets. Isn’t this risk aversion a simple irrationality, pervasive to all areas of life?

Actually, there are good reasons to be risk-averse in many areas of life, but charitable donations really isn’t one of them. If anything, people should be a lot riskier with their donations than with their investments.

Wait, how is risk aversion in business a good thing?

Due to the law of decreasing marginal utility. This law states that all goods decrease in value (to you) the more you have of them. While walking home from the lab last Friday after a long week of research, I passed by a pastry shop that I frequent occasionally. Feeling like I had earned a treat, I decided to get three donuts. The first one was amazing! The next one was still pretty good. I only got halfway through the third before deciding to stop eating it. From that experience, I can tell you that I’d prefer one donut with 100% certainty to 3 donuts with 33% certainty, or even 3 with 50% certainty.

The funny thing is, the law of decreasing marginal utility even applies to money – the first million dollars in your bank matters more than the next, and so on.

Ok, but if risk aversion is rational, why is it bad if people are risk-averse with their charitable donations?

Because your charitable donations aren’t primarily about you. Even though donating can feel good, the main point is furthering some cause. If you’re donating to a cause that helps a bunch of different people, each of those people has their own decrease in marginal utility (in what’s known as their “utility function”). If you save ten lives, you quite literally do ten times as much good as if you save one life. Consider saving the life of a student named Jane. Jane will be forever grateful to you, and the fact that you’ve already saved nine people before saving her won’t decrease the value in you saving her life.

After a point, charitable donations actually do face a decrease in marginal utility. This is because whatever cause they address, or method they use in addressing it, starts to actually solve the cause. With low hanging fruit gone, it’s harder to make more gains. But the amounts that would have to be donated to significantly see this effect is huge – typically much larger than what anyone who isn’t wealthy could donate.

Ok, so the risk from high-risk high-reward charities shouldn’t be as off-putting as the risk in our personal lives?

Exactly. But there’s also another reason high-risk high-reward charities make a ton of sense. This time we’re looking at the reward.

When personal business risks pay off, they typically don’t increase your personal wealth by several orders of magnitude (with the obvious exceptions of successful high-tech entrepreneurship and winning the mega-lottery).

Charities, on the other hand, can vary vastly. Even considering the most effective charities at saving lives today, each life will cost a few thousand dollars to save. A dedicated person can likely save dozens of lives through donations in her lifetime.

And that’s amazing! If you saved one person from a burning building, you’d be a hero. Donating to effective charities can allow you to be a hero dozens of times over!

But consider the scale of good you could do donating to a riskier cause.

A cure for aging would save 100,000 lives every single day. Since this field has relatively little research, it’s conceivable that donating to institutions working on curing aging could advance the field more than a day.

A single donation to a charity that focuses on making sure humans don’t go extinct almost definitely will not be the deciding factor in the extinction of our species. But it might. And that could possibly be the difference between humans going extinct and colonizing most of the observable universe.

Ok, that all makes sense, but I really want to make sure my charitable donations make some positive difference, and the riskier ones might have zero benefit…

That’s an understandable impulse. And the best way to decrease risk here might be the same way people decrease risk in the financial markets – diversification. You might want to split up your donations and give some money to safer charities to ensure you do some good, and then give more to riskier charities that are expected to do a lot more good.

Of the riskier charities, I’ve donated to MIRI and the Future of Humanity Institute. Both are working on making sure smarter than human artificial intelligence doesn’t lead to human extinction, both have made impressive advancements in the past, and both have relatively low budgets as is.