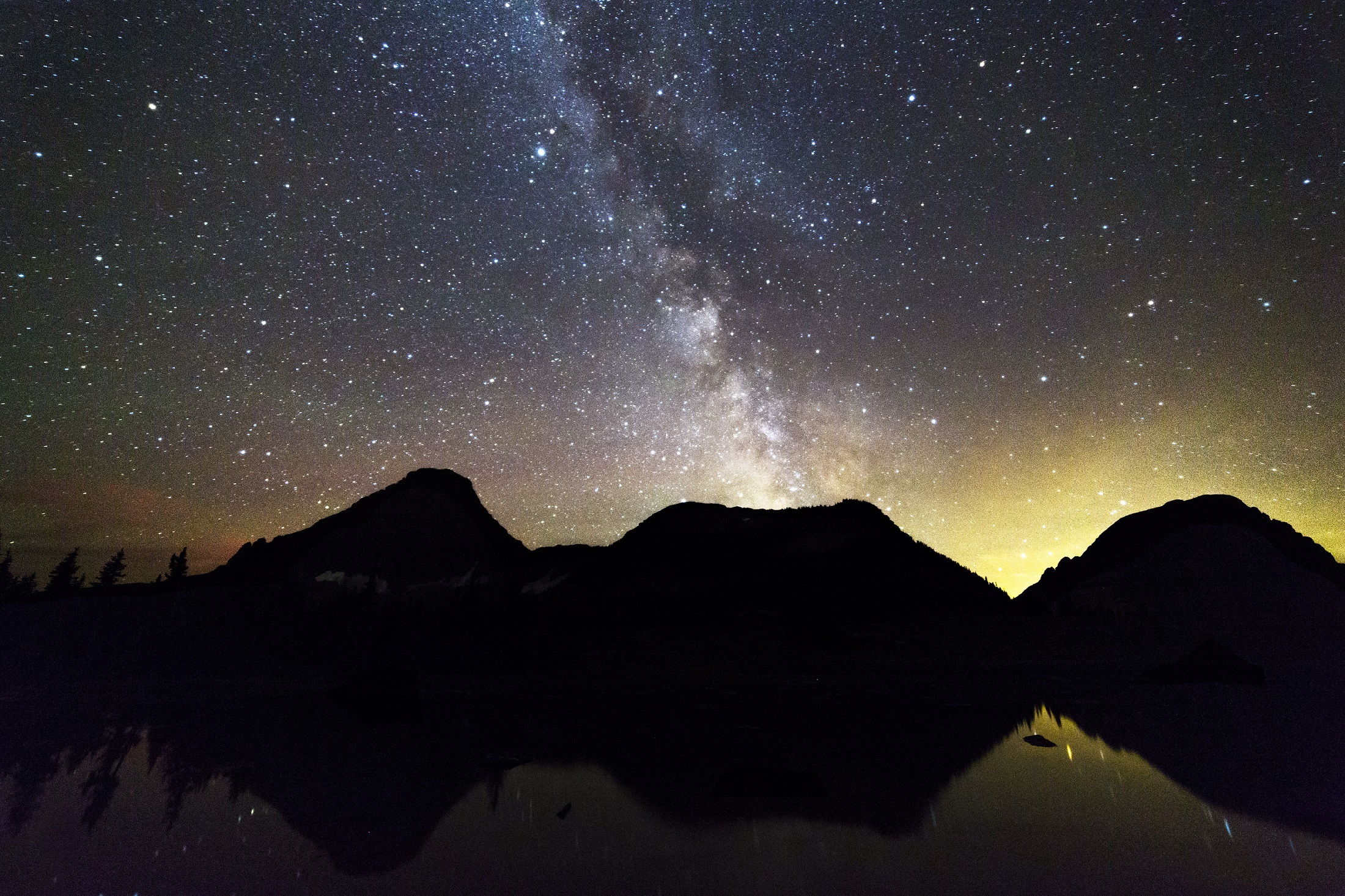 Note: if you’re already familiar with the Fermi paradox then feel free to skip until the next section (“The Great Filter”)

There are over 100 billion stars in our galaxy.

Yet when we look at the night sky, it appears uninhabited. SETI (the search for extraterrestrial intelligence) has come up empty while looking for alien signals, and there is no credible evidence that aliens have ever visited Earth.

This is the Fermi paradox.

The paradox is even more puzzling when you consider that the observable universe contains trillions of galaxies – there should be hundreds of millions of billions (~1017) of such civilizations sending signals.

Many solutions have been proposed to the Fermi paradox. Most aliens wouldn’t have technology exactly at the same level as us. Perhaps the technologically advanced ones – who have had eons to progress their technology past our level – are more interested in communicating with each other, and their advanced communications are so fast that we can’t pick them up. Why would they want to communicate with us when they’d look at us the way we look at ants?

But the time it would take for a civilization to get from our current level of technology to colonizing a solar system is on the order of 100 years. Near light-speed travel should be achievable within millennia. So from there to colonizing the galaxy should be limited primarily by the speed of light and should take around 100,000 years – a blink of an eye in cosmological time.

If we are truly alone in our galaxy (or in the universe), that supports the existence of a great filter – some step on the path towards galaxy colonization that is just very difficult.

Thus, virtually all attempts to pass this filter are thwarted. If the great filter is ahead of us, many alien civilizations have likely passed our level of technology before going extinct – possibly by blowing themselves up. If that’s the case, we might likewise be doomed. Alternatively, we could have already passed the filter.

Or maybe humans are special.

I believe the unusual set of capabilities that evolved in humans as opposed to those in other animals presents a good candidate for the great filter. Humans possess three main traits that have allowed us to create technology: we’re social, we’re dexterous, and we’re really really smart. All three of these must be present at the same time, in the same species for technology to flourish.

Humans are far from the only social species, but we’re much more social than most. Imagine if humans just absolutely could not work together. None of our institutions would function, and technology wouldn’t progress. Sure, certain individuals might figure out neat uses for simple stone tools, but without the ability to collaborate and pass on knowledge over generations, this knowledge would die when those people died.

Our opposable thumbs give us the ability to manipulate our environments with more precision than that of almost any other large animals. Even if horses or dolphins were as smart as people (they’re not) they still would not be able to actually build technology like us.

Of all the species that have ever lived on Earth, only humans have ever been intelligent enough to create advanced technology.

A common narrative is that evolution was sure to lead to human-level intelligence as animals evolved to become smarter and smarter. After all, isn’t that what’s implied by survival of the fittest?

Darwin’s definition of “fitness” is simply ability to survive and reproduce. But we pay a large Darwinian premium on our intelligence – our brains account for 20% of the energy we use. 20% might not sound like a lot, but when energy is often the difference between life and death in the competitive world of nature, 20% is huge.

Ok, but if high intelligence is so costly, it clearly has an even larger benefit that enabled humans to thrive in nature, right?

There’s evidence that what allowed hunter gatherers to prosper had less to do with intelligence (at least initially) and more to do with our long-distance running skills. Humans can dissipate heat faster than any other large mammal, thanks largely to the fact that we’re not covered in fur. Despite being worse sprinters than most of these animals, we’re actually much better long-distance runners. This superior long-distance running ability allowed us to succeed at persistence hunting – simply chasing animals until they suffered from heat exhaustion and then easily finishing them off – long before we inventing complicated hunting tools like the bow and arrow.

Neanderthals were no less intelligent than Homo sapiens (they even had larger brains), and they may have even gone extinct due to their inferior long-distance running abilities.

In fact, it’s not even clear why evolution would select for intelligence so high as to allow for the creation of advanced technologies. That type of intelligence wouldn’t necessarily help survive in nature. Several theories have been proposed to why humans evolved such high intelligence, many of which focus on social interactions. Perhaps certain displays of intelligence are simply attractive to mates – not unlike the feathers of a peacock. If so, high intelligence may be as common in the universe as peacock-like feathers. 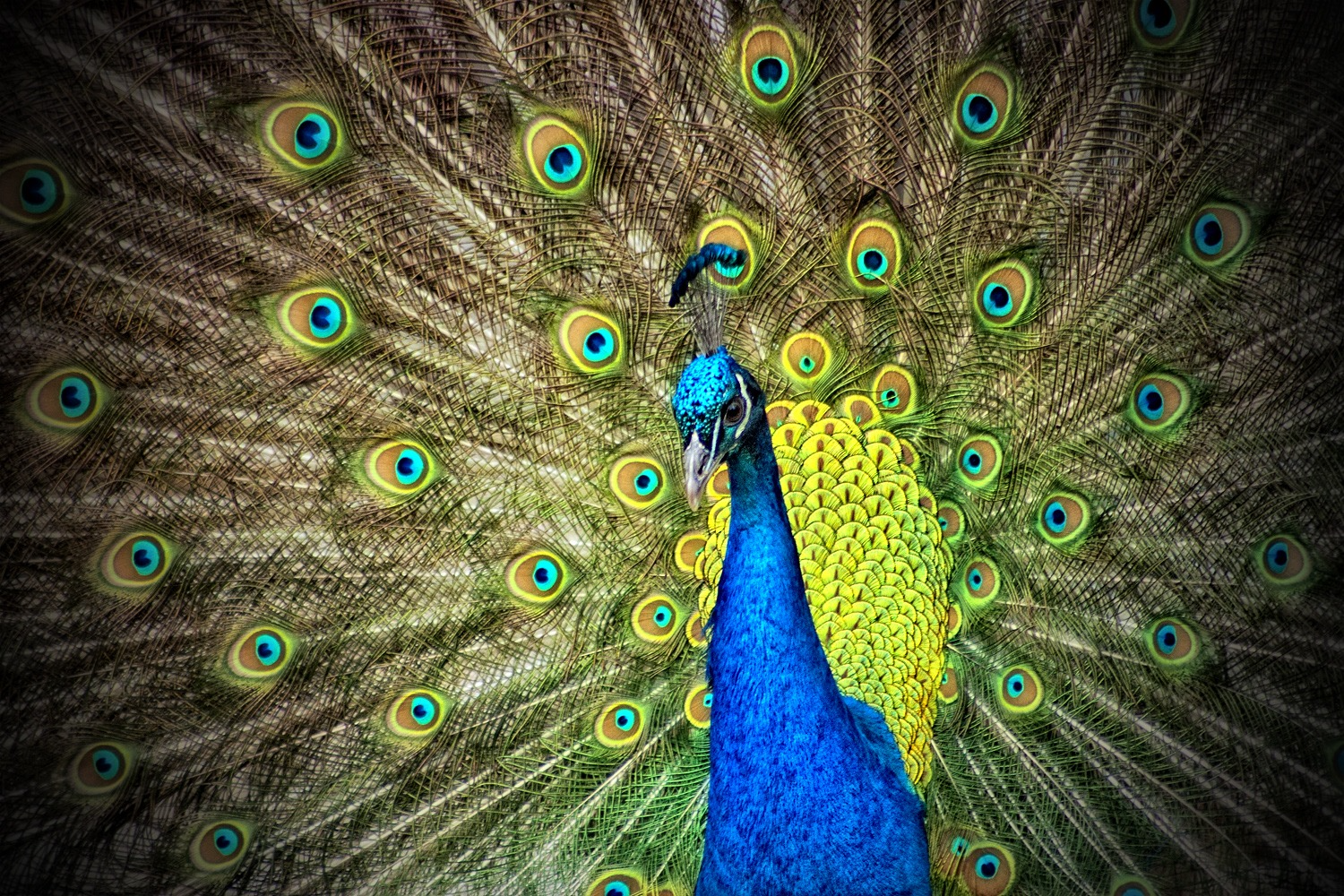 Perhaps human intelligence evolved simply because storytelling, songs, and other creative pursuits are considered attractive. Human level intelligence might be no more expected in aliens than a plume resembling that of a peacock.

Hopefully, the great filter (if it exists) is behind us. If it’s ahead of us, we would expect that many alien civilizations reach human capabilities but eventually go extinct before colonizing the galaxy.

If the filter is our ability to create technology – through our sociability, dexterity, and especially our intelligence – then our technological civilization is quite rare.

We may have the chance to eventually do what no alien species is in a position to do – conquer the galaxy.

And while the universe may be filled with other lifeforms, you and I may be smarter than all.