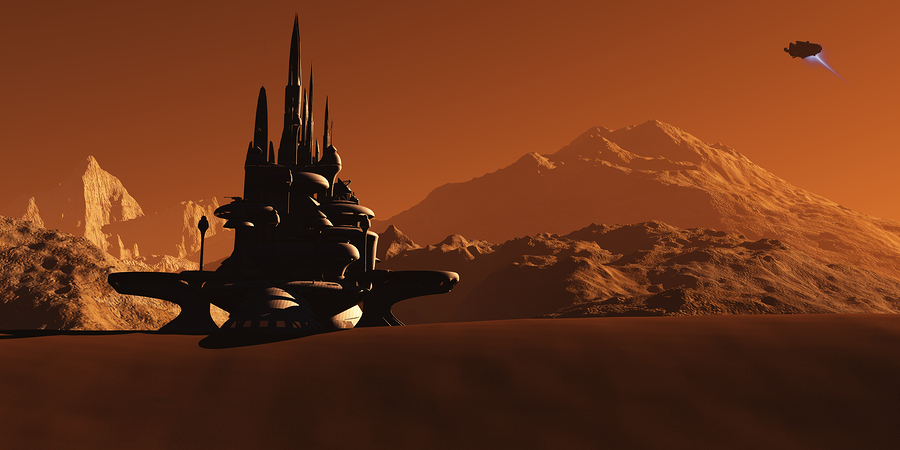 Last week, Elon Musk unveiled his plan to colonize Mars within the next 50 to 100 years.

His ultimate goal: to make life multiplanetary. At some point in the future, all human life on Earth will be destroyed by some catastrophic event, such as global warming in hundreds of years or a large asteroid hitting Earth in hundreds of millions of years. The only way the human species will survive this catastrophe is if our species is multiplanetary.

Musk is so driven in this goal that his main stated reason for personally accumulating wealth (currently $11.8B) is to fund projects which expedite humanity becoming multiplanetary.

In order for a colony on Mars to hedge humanity against extinction, such a colony needs to be self-sufficient. Musk believes a city of around a million residents would be necessary for this. With each spaceship carrying 100 passengers to Mars, 10,000 trips would be sufficient.

Trips between Earth and Mars would naturally take place when the two planets are at their closest: about every two years given the 687-day Mars year. While thousands of ships could travel between the planets at such times, scaling up to such a large fleet of ships would take a while. Musk speculated that in a best case scenario, we could start sending people to Mars in ten years, and that the 10,000 trips might then take an additional 40 to 100 years as the ever-expanding fleet traveled to Mars 20 to 50 times.

An extension of traditional spaceflight technologies would imply a cost of at least $10B per person for a trip to Mars – making the cost of sending 1M people prohibitive at around 40 times the entire combined wealth of the world.

A 50,000 times reduction in this cost would bring the total cost to a third of the yearly US military budget, or just $200,000 per person. Musk proposed reaching this cost reduction by having full reusability of each component of the transport system, refueling spaceships in orbit, producing propellant on Mars for the return flights, and reasonable choice of propellant.

Musk has a plan for accomplishing these criteria. After liftoff and once the spaceship has separated from its booster, the booster heads back to Earth where it lands on the launch mount. A propellant tanker is then loaded onto this booster, and delivered to space in a similar manner. After refueling the spaceship, the tanker likewise returns to Earth and can be reused. The ship heads to Mars in a fleet once Mars and Earth are at their closest, with a trip time as low as 80 days. Propulsive landing is used on Mars. Methane and oxygen are used as fuel for many advantages over other alternatives, including low cost of production and ability to be produced on Mars. Propellant produced on Mars allows the ship to return to Earth.

Musk believes the hardest part of building the spaceship will be creating the liquid oxygen tank. The tank would first off be required to hold the propellant at a quite cold level. Additionally, this tank would form the airframe of the ship, requiring it to withstand the loads of assent and reentry. Furthermore, the tank must be nonreactive and impermeable to the oxygen. Musk’s company SpaceX has already started working on this part of the spaceship.

When asked about how humans would live on Mars, Musk said the goal of SpaceX is to build the transport system to get there. He likened this goal to building the Union Pacific Railroad, which facilitated expansion of cities on the West Coast. Once people are able to travel to Mars, he believes these voyagers will begin developing the foundations for human civilization on the planet.

Towards the end of his talk, Musk said that SpaceX plans to start sending cargo carrying spaceships to the surface of Mars every time Mars is close to Earth, starting in 2018. Looking further to the future, Musk ruminated about the prospect of placing propellant plants on objects beyond Mars, such as in the asteroid belt or on a moon of Jupiter or Saturn. He stated that his proposed system of rocket booster, spaceship, and tanker, all of which utilize propulsive landing, in addition to the ability to build propellant plants on various planets and moons, would allow for going anywhere in the solar system by planet hopping or moon hopping.